Before the emergence of project management or it’s history, organizations run on the basis of relationships, connections and trust that build over years.  This is the time when project management related activities were performed without using any software, computers and records were maintained on papers. Planning for all projects was usually done by skilled technical persons and complex project were taken up by experts themselves.

The ways for handling and performing the activities were changed after the idea of project management. In engineering field, the evolution of project management was seen in 1950s. Henry Fayol and Henry Gantt are considered the forefathers of this concept who laid down the foundation of project management and expanded it in all fields. Their major contributions are introducing techniques to break down work into major deliverables (Work Breakdown Structure) and to allocate resources for optimized performance in projects. 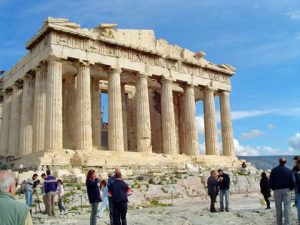 Historical background of project management particularly revolves around the Egyptian time. It reveals the fact that management of projects
has been performed for a huge number of years. The history of managing projects is the history of gigantic projects of the last 4500 years which includes the Parthenon, The Transcontinental Railways, The Giza Pyramid, The Taj Mahal, The Colosseum and the Gothic Cathedrals of Europe. These were not exceptions in history but projects delivered in a systematic way with very similar characteristics to today’s projects. Historians and committed researchers added to the field of project management since then by documenting the aspects and practices of project management. These arrangements of guidelines provide assistance to Project managers to get benefit from previous practices.

History of Project management can better be explained by identification of four main periods: 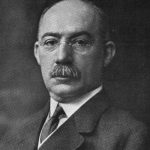 The concept of project management has its roots in between 1900s and 1950s. Major improvements in project management were seen at that time which particularly improved the project scheduling, allocation of different resources and management of project tasks and deliverables with addition of Work Breakdown Structure. Also the Gantt Chart was invented by Henry Gantt during this period which is a key element in the interface of all modern project management softwares like Primavera Project Management (Primavera P6) and Microsoft Project. Communication got its pace during this era due to advance telecommunication framework which made managing of projects more effective.

This is the period in which huge innovations were seen from introduction of automatic plain-paper copier by Xerox to introduction of CPM/PERT concept and Material Requirement Planning. The essential specialized improvements in project management during this period were in schedule planning and controlling through network techniques. For accomplishing project objectives, apparent need to hire a project manager derived at this period mainly in construction, aerospace and defense industries as these industries involve large scale projects with intense need of effective project management.

In 1960s, two professional project management entities were set up due to the expansion and major developments in this field. First, International Project Management Association (IPMA) which is a European based entity and was established in 1965 for providing a platform to most part of European associations who dealt in network planning. Second, Project Management Institute (PMI) which was formed in 1969 in North America and contains majority members from USA and Canada.

The time between the 1980s and mid 1990s holds the uprising of IT/IS division that has a major contribution in building up the high proficiency for controlling and overseeing the projects through multitasking computers. Project management approaches and procedures were easily available to many companies due to the development of related software in the middle of 1970s and 1980s.

Major accomplishments in this era was the impression of proper system of project management for originate changing’s, expanded efforts to serve the organized approaches of project management,  inclusion of project functions such as scope, risk, procurement, communication, quality and human resource in time and cost, adjusted ways to deal with the whole project and product life cycles, more focus on external environment and factors including stakeholders and establishment of registration system for program managers. 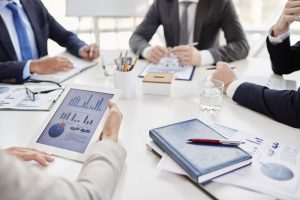 In the middle of 1990s, various changing’s in business procedures and practices occur due to the advancement or adoption of internet technology globally. This new medium allows the organizations to be more efficient, profitable and adequate in their tasks and it equally helps the project management personnel for handling different aspects of project in a more well organized and productive way. Project Management methodologies were adopted more due to revolution in information technology between 1995 and 2000.

Project management existed long ago in past when there were projects like Parthenon, The transcontinental Railways, The Giza Pyramid, The Taj Mahal, The Colosseum and the Gothic Cathedrals of Europe. Project management now is in its refined state and it is a combination of huge efforts done in past. These efforts include introduction of Work Break Down structure, resource allocation, Gantt chart, CPM and PERT techniques and now the moderen software of Project Management softwares like Primavera Project Management (Primavera P6) and Microsoft Project. This brief history of project management focuses on primary issues and developments in the past forty odd years. It also attempts to identify the previous trends in concepts and practices in project management. 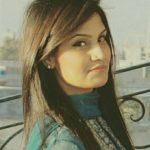